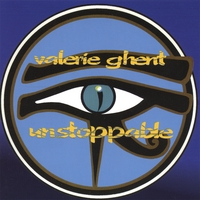 This album was created almost entirely at home in my midi studio. I recorded most of the eleven songs myself, and bartered engineering for studio time to record vocals and guitar/cello/bass/accordion/sax overdubs.

It took several years to finish Unstoppable because at that time I was recording the Ashford & Simpson w/ Maya Angelou album, Been Found, during the days – and coming home to work on Unstoppable at night! It was on this CD that I taught myself Photoshop, Quark and the basics of graphic design to create the CD artwork.

Mastered by Greg Calbi at Masterdisk.